This is my homily for this morning's celebration of Saint Andrew the Apostle.

You remember the young rich guy, a great dramatic character.  He runs up to Jesus, throws himself at his feet, calls him the “Good Teacher” and begs him to tell him what he must do to inherit eternal life.  He professes to have followed the commandments all his life and begs Jesus even a second time to just tell him what to do.  Mark tells us that Jesus loved him, and so the Lord told him what he had to do.  And as you will recall, he could not do it.  He could not leave all and follow Jesus.  He just walked away very sad. By contrast, Saint Andrew seems a far less dramatic character.  He too was searching. The fourth Gospel tells us he was a former disciple of the Baptist.  But this morning he is fishing with his brother Peter in the Sea of Galilee when he hears Jesus say “Come, follow me.”  And he does, leaving all to follow him.

What’s the difference between the two men?  Both earnest, both questioning and both loved by Jesus; why did one follow and the other walk away.

Ultimately it is a mystery of God’s grace, but after three years as pastor of this holy house, I think I see something I wouldn’t have seen before.

The rich guy wants to follow Jesus more than anything in the world, except maybe leaving his world.  He is caught up with falling to his knees and loudly asking the right questions and maybe even being seen as a follower of the Lord.  Oh, he loves the Lord, but there’s just one thing he can’t let go of…himself, and all the trappings he’s accumulated in being him.  Of being his own distinct person of his own carefully crafted design..made, as it were, in his own image and likeness.

But Andrew is different.  He does not genuflect just so or ask the theologically astute questions.  He doesn’t appear to care what anyone else thinks of him.  Perhaps he’s heard an early version of the Baptist’s preaching: the disciple must decrease.  So, Andrew is just empty…just empty enough that he’s ready for God to fill him up.  Just empty enough that he can just get out of the boat and follow him.

It’s good to genuflect well and its good to ask theologically astute questions.  But none of it means anything unless I can empty myself of everything, except the desire to answer him when he looks at me with love and says “Follow me.”

Father Briody, Father Cuddy and I were treated to a gourmet Korean dinner recently at Saint Antoine Daveluy Parish at Corpus Christi in Boston.  Father Dominic Jung graciously welcomed us, and we were guided in the use of chopsticks and other fine dining skills by seminarians Ji Yong (Stephen) Choi, Joseph Kim and Chris Bae. 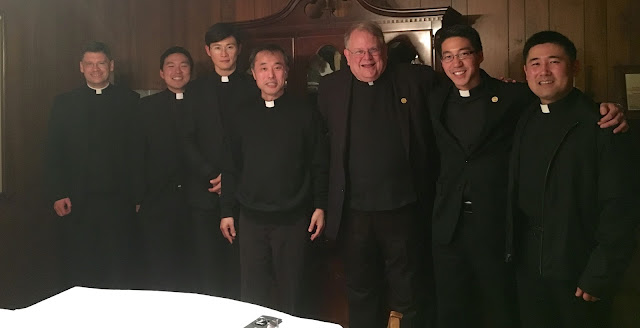 Mrs. Angela Lee was the chef, and we were all impressed with (and grateful for!) her extraordinary culinary skills! 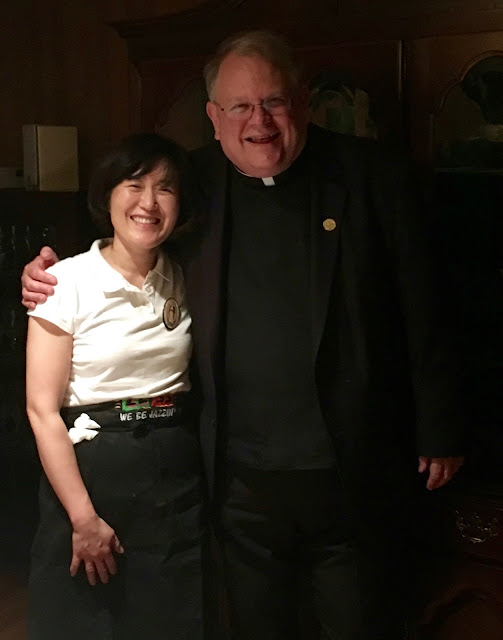 All sorts of events preceded the Thanksgiving Break here at the Seminary, including a reunion of the maternal side of my family tree.  If I may be permitted a personal moment, here are the O’Leary cousins: 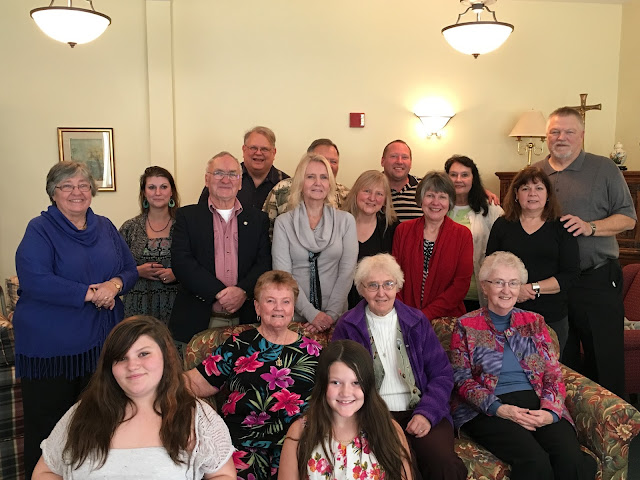 …none of whom looks any different than we did fifty-six years ago: 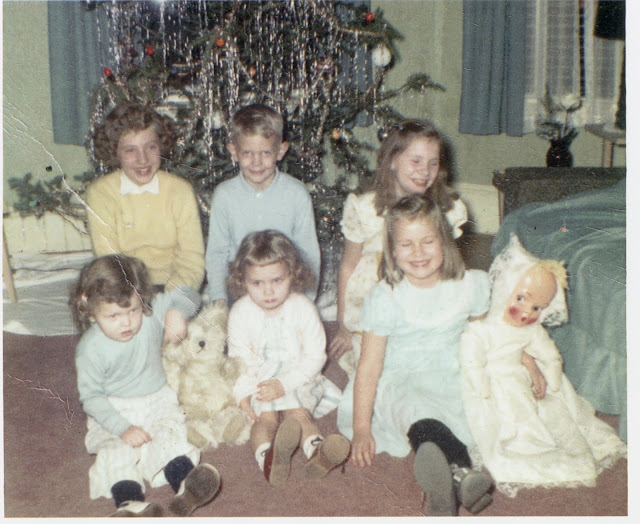 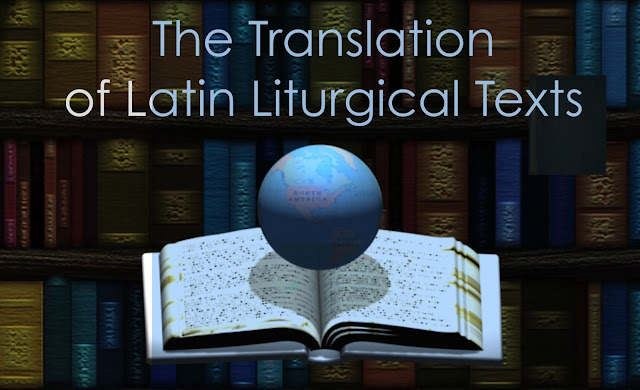 Last week I was privileged to present a reflection on Translation to the Colloquium at our Theological Institute.  Click here to download the slides from that presentation.

And its not even far away any more...

On Monday morning we used the texts from the Roman Missal for Mass in a Time of War or Civil Disturbance. I used these words to begin the Mass:

'The skies,’ the President told us, 'were darkened’ this weekend ‘by an attack on the civilized world.’ We are at war, the Pope told us; ‘a third world war, fought piecemeal, with crimes, massacres, and destruction,’ And so we turn to God: the merciful and strong, and beg for an end to the violence and the weeping, to the darkness and the death and the sin.

Then this was the homily I preached:

On Saturday morning I had breakfast with a couple friends at IHOP on Soldiers’ Field Road. The topic of conversation was the terrorist attacks in Paris the night before. We each wondered, out loud, with mildly quaking voices, whether this presaged a different way of life on the streets of Boston.

“Oh, no,” I sagely observed.  “That’s all so far away.”  “Yeah,” one friend responded, pointing out the window down Soldiers Field Road.

Less than a mile down that street before you get to Harvard Stadium there’s the Day’s Hotel on the right.  It’s where Hamza al-Ghamdi and Ahmed al-Ghamdi stayed the night before they took a taxi to Terminal C at Logan and boarded United Flight 175 and took seats 9C and 9D and with guns and knives slammed the plane into the first tower.

He just stared down the street.  And, I confess, I didn’t finish my pancakes.

We live, my brothers, in an increasingly dangerous world.  And, from the ISIS snuff videos on Youtube, to the crashing airliner in Egypt, to the fresh blood on the streets of Paris, it may be getting even more dangerous in the days to come.

And it’s not even far away anymore.

So what’s a Christian to do, in the face of this alien terror?   Perhaps two hints from the Sacred Liturgy this morning.

The first is the awful story of those who seduced the Israelites into accepting the traditions of the Gentiles, to hide their circumcision, abandon the holy covenant, and (and I love this phrase) “sell themselves to wrongdoing.” They sacrificed to idols, profaned the sabbath and finally, they built pagan altars.  And anyone who remained faithful, was killed.

So what did the faithful remnant do?  They “resolved in their hearts not to eat anything unclean; they preferred to die rather than to be defiled with unclean food
or to profane the holy covenant; (and I love this phrase even more) and they did die.”

Our generation is not the first to face terror, to face the wickedness that forsakes the truth, oppresses men and kills the just man.  There have been Hitlers and Atillas   before.  And since the days of the martyrs, the only way to defeat their terror is to laugh in its face, clinging to the truth with the full confidence of the children of God and the sure and certain hope that whatever Cross God might send us on Good Friday is but a prelude to the Paschal glory which awaits the faithful.

Which leads us to the second lesson of the scriptures for those who live in a terrifying world.   I watched the whole 911 horror unfold in my office at the Bishop’s Conference in Washington D.C., from which we saw the plane go into the Pentagon.  And then there was the anthrax scare, as we shared a post office with the U.S. Capitol.  It was so bad, that several days later I was sitting in Dennis McManus’ office talking about biotoxins when the radio began to blare: “This is the Emergency Broadcast System.  This is not a test.  Repeat this is not a test.”  I have never been so relieved to hear that a tornado had touched down a mile down the street and that I was not going to start to bleed from the eyes with malignant biotoxins.

But its also all that we really need to do.

For he, through whom all things were made, looks patiently at us and says: “What do you want me to do for you?”

And he, who will judge the living and the dead, looks patiently again and says: “Peace…your faith has saved you.”
Posted by Monsignor James P. Moroney 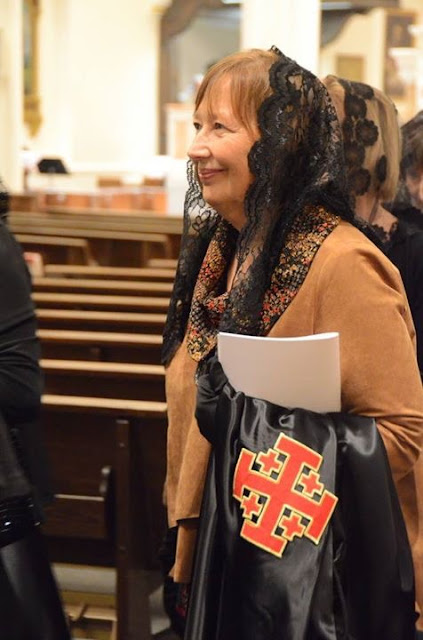 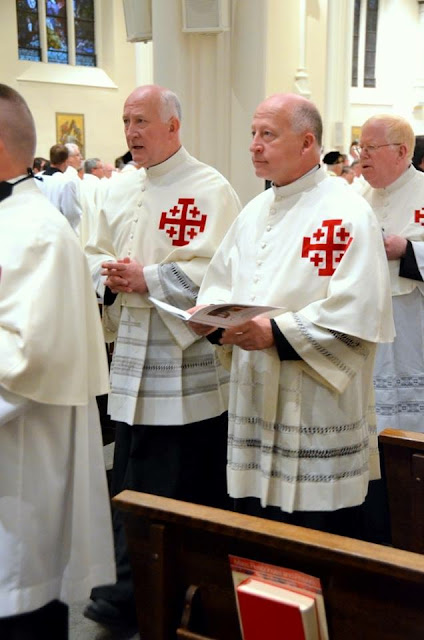 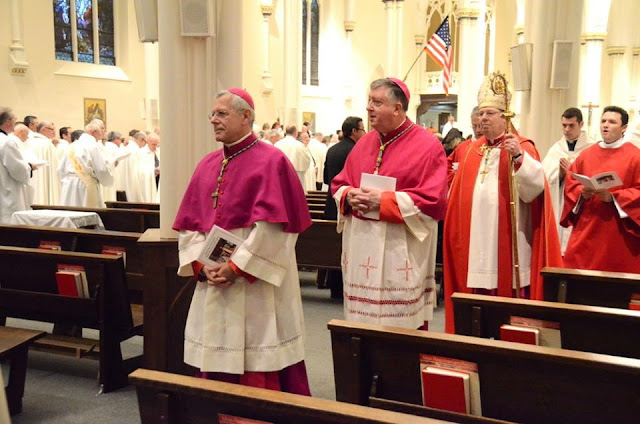 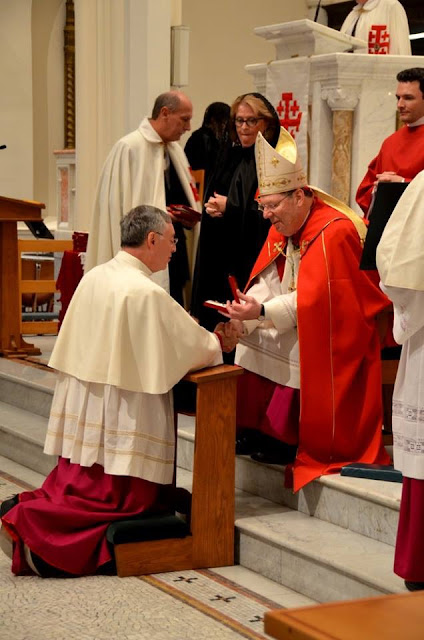 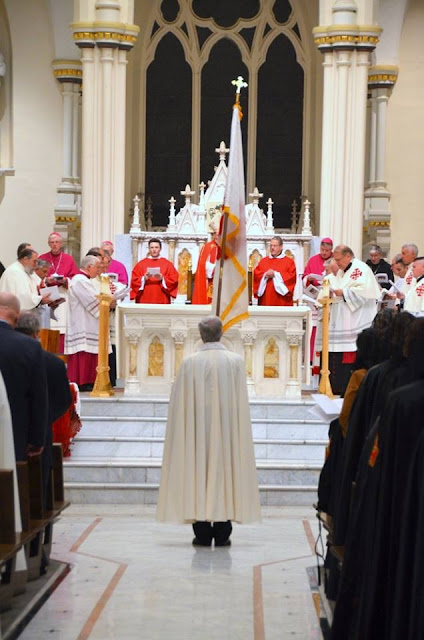 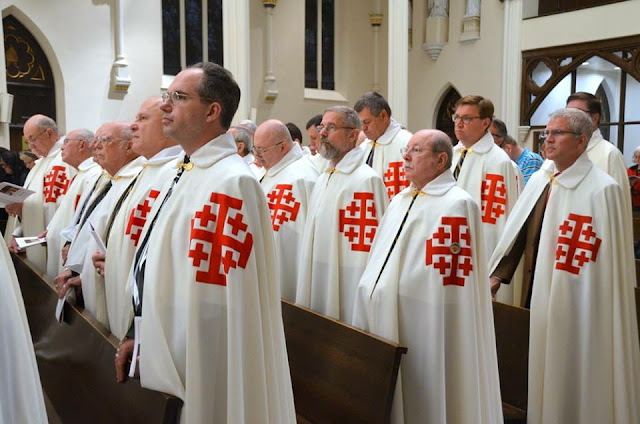 So that's why the weather has been so nice!

Billy Robinson, who is Saint John's official seminarian weather man, recently attended the Southern New England Weather Conference.  If this is the reason for all the great weather recently (can you believe it is November?!) then we should send Billy to this Conference ever year! 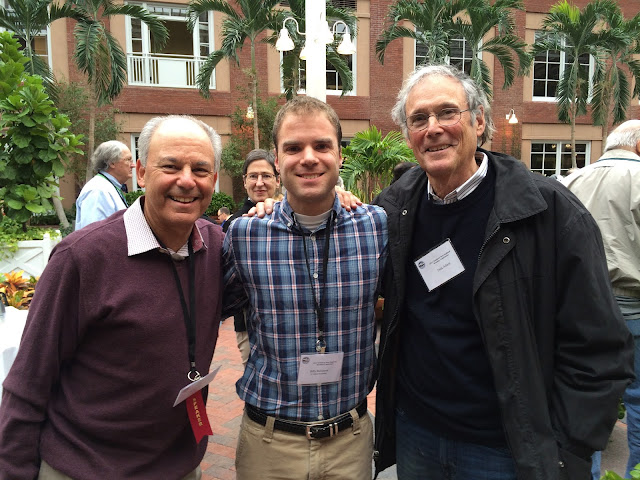 Knights of the Holy Sepulchre Installation

This is the weekend for installation of new members of the Knights of the Holy Sepulchre, including our own Dr. Aldona Lingertat, Director of the Master in Arts and Ministry program at our Theological Institute.  Last night Bishop Deeley blessed the insignia of new members of the new Knights and Ladies and tomorrow Cardinal O'Malley will admit them into this ancient charitable order, the single most important source of funding for schools in the Holy Land today.  Pictured with me at last night's dinner are Alex Boucher, John Jackson and Father Jason Jalbert, Vocations Director for the Diocese of Manchester and a member of our Board of Trustees. 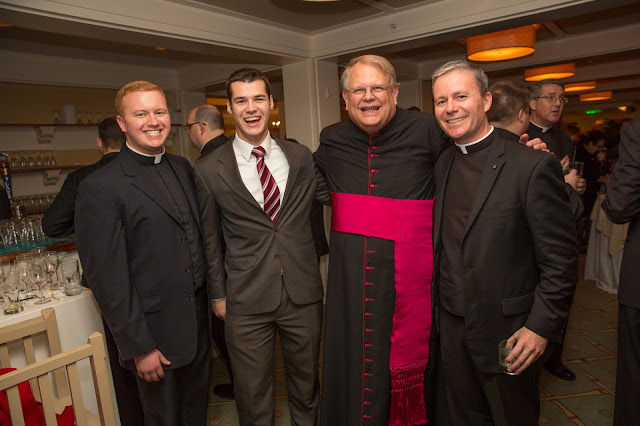