Today it All Began 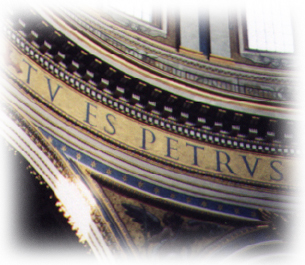 This morning in Saint Peter’s Basilica the Cardinal electors gathered to celebrate the Mass, the source and the summit of the entire Christian life, asking God to send the Holy Spirit upon their Conclave that they might elect “a pastor for your Church who will please you by his holiness and to us show watchful care.”

Then, accompanied by ancient chants and prayers, the electors entered the Sistine Chapel, took and oath of secrecy and renouncing undue outside influence in their deliberations and locked the doors (con clave, with a key) with the words “Extra Omnes” or “Everyone out!”

Then the first round of solemn voting began, as each elector came forward with his folded ballot, held up above the vessel to receive the votes and declared in Latin: I call as my witness Christ the Lord who will be my judge, that my vote is given to the one who before God I think should be elected.”  This oath is taken at each vote by each Cardinal elector as the Last Judgement of Michelangelo stands witness to the seriousness of the moment.

A successful election is achieved only with a two thirds vote of the electors, and so at 4:00pm this afternoon black smoke billowed for the chimney above the Sistene Chapel.  The Cardinal electors then said a prayer to the Blessed Virgin Mary which was written only a couple hundred years after the Bible.

They will try again tomorrow, twice in the morning and twice in the afternoon, and perhaps we will discover what sort of Pope God has in store for his Church.